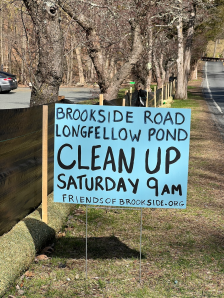 Meet at the Pond parking lot. Bags provided, bring your favorite gloves and tools. Thanks! 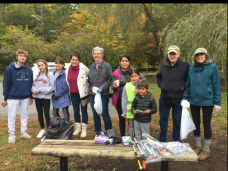 World of Wellesley volunteers organized a clean up effort at Longfellow Pond on October 12. The group spent several hours at the pond picking up trash. Thank you World of Wellesley for visiting our neighborhood and taking the time to care for one of Wellesley's important natural resources.

LIGHT POLLUTION AND THE END OF NIGHT

Learn MORE about this and our efforts to improve lighting

Learn why the North 40 affects us all. 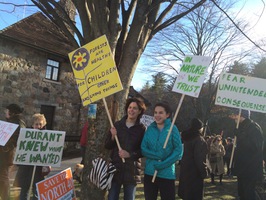 We are proud to support the efforts of our neighbors across town.

Wellesley is one of 122 (and counting) cities and towns in MA to ban the bags! 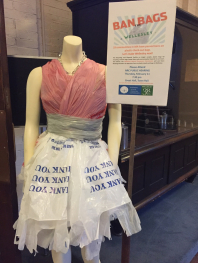 Contact the Wellesley Natural Resources Commission if you have any questions about this Town bylaw. 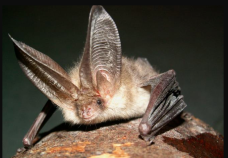 A quick primer on where our water comes from! 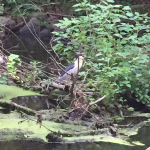 This lovely bird has been sighted in Rosemary Brook. Read more, HERE.

GARBOLOGY 101 - Talking Trash with the RDF

Did you miss it? Watch it here!

SIGN UP FOR RENEWABLE ENERGY WITH WELLESLEY POWER TO CHOOSE

Congratulations, Wellesley, for being the first EPA Green Power Community in Massachusetts!

Friends of Brookside was pleased to be awarded a Certificate of Appreciation from Wellesley's Sustainable Energy Committee for our efforts to support the More Power to Choose campaign.  Consider signing up today! 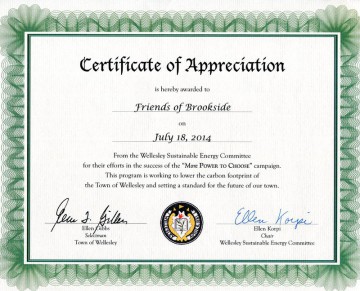 Our Green Collaborative partner, Wellesley Green Schools, is doing excellent work in educating the public about the health and environmental effects of automobile idling.

A special thank you to Joe Duggan, Frm. Wellesley Water and Sewer Superintendent, for making our Water Talk a success!

Congratulations to Wellesley's 7th and newest scenic road! Read about it here.﻿ 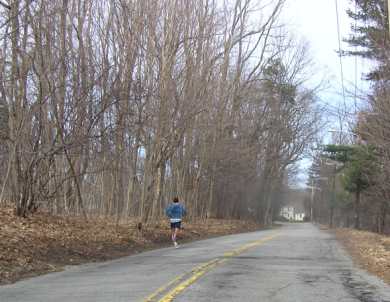 Historic Ware House (ca. 1720) is seen at the foot of Scenic Brookside Road

The entire Brookside Area is filled with history: Natural, Native American, European and Colonial. Brookside Road itself is an Ancient Way and Scenic Road. Townspeople use it daily and derive deep meaning from its beauty and historic landscape.

﻿Here's some of what the survey uncovered:

﻿Until the last quarter of the 17th century, the Brookside Road Area was "known and claimed by colonials" but primarily used by native people associated with the Rev. John Eliot's praying town at South Natick. Robert Ware (d. 1699) grandfather of Ephraim Ware of 200 Oakland Street ... had land granted to him, including territory on Rosemary Meadow Brook (sic) and near Maugus Hill, both within the present boundaries of Wellesley. Maugus Hill in Wellesley derives its name from natives John and Sarah Magus [sic], whose habitation, depending on the season, also reportedly included the Brookside Road Area, specifically a spring south of Oakland Street near the (later) intersection with Brookside Road. In 1681, John and Sarah Magus conveyed to the town of Dedham lands around Maugus Hill, -- including much of the present area of Wellesley -- in exchange for three pounds of corn and five pounds of currency. Members of the Ware Family were present around Maugus Hill by 1695.

The public way of Brookside Road at was laid out in 1720-1721. The winding path of the road preserves a layout in place since at least the 1850s.

The Federal Writers' Project of the Works Progress Administration of Massachusetts published a guidebook in 1937 of the Commonwealth's Places and People, issued as part of the American Guide Series.